Seedsowers Montessori hosts a variety of Enrichment Programs for students to further enhance their educational experience.  Classes are provided by licensed vendors including KidFit, Dunamix Athletics, and Webby Dance from 11:30 to 12:00 throughout the week.  These programs are committed to offering classes which are designed to teach the fundamentals of health, nutrition, safety, and fitness for our preschool children through the platform of athletics. Classes are elective and open to students whom are part of the morning or afternoon program.  Parents do not need to be present during class; however, we welcome you to observe at any time.

“Frank Thomas began teaching PE and coaching Junior High basketball and flag football in 2000, at Maranatha Chapel in Rancho Bernardo. In the fall of 2001, he moved locally to Calvary Chapel Murrieta Christian School to teach PE and work in the Athletic Department. He has coached at the Jr. High and High School levels in Basketball and Football. Frank was the JV Head Football Coach in 2003. From 2003-2005 he coached at the Varsity Level as the Running Back Coach and Offensive Coordinator. Frank coached Jr. High and High School Basketball at Calvary Murrieta from 2001-2011. He was the JV Head Coach from 2004-2007 and the Varsity Head coach from 2008-2011. In 2009 Frank Thomas was awarded Coach of the Year in the Big Sky League. Frank is the administrator/owner of Dunamix Dance Project and Dunamix Athletics. He is currently the Varsity Boys Basketball Coach at Cornerstone Christian. Frank has been serving in ministry in the community since 2001 with his wife and three children. He believes in a passionate work ethic, in sacrifice of selfishness and reaching your full potential for the Lord. To commit oneself wholeheartedly unto Jesus and to honor Him in everything. Col 3:23 ‘Whatever you do, work at it with all your heart, as working for the Lord, not for human masters'”

“Melissa Verlingo started dancing at the age of three and continued her studies throughout college where she received her degree in both Dance and Kinesiology from Cal State Fullerton. She has performed with several dance teams and touring teams in Southern California. In her free time, Melissa works at several dance studios teaching their competition teams where her work has received numerous 1st place soloist and top choreography awards. She is also a certified trainer as well as CIF certified for sports. Melissa worked as a WEBBY Dance Company Instructor for four years before establishing her Franchise.” 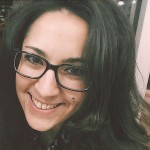 At five years old Janita Mestre began learning music at a music conservatory in Portugal.  Since then, she has pursued her love for music and play the violin, cello, piano, guitar as well as singing.  This class is designed to improve your child’s knowledge and interest in music. Every month a new instrument will be introduced, followed by music theory and songs. They will also learn about historic composers and their musical pieces. I will bring in the instrument of the month, play a song for the kids and let them have a hands on experience with the instrument themselves. This is an interactive, hands on and exciting class!

A CHRIST-CENTERED APPROACH TO YOUR CHILD'S EDUCATION